Automation has the potential to bring four main benefits:

The following case study explains how this was achieved for a major, North American, SME lender by using Zoral DE and Zoral ML.

The client and the problem

The client is a leading North American SME finance company. Their objective was to grow substantially their SME loan portfolio and market share. This presented a challenge. Their current underwriting processes were sophisticated and effective. However, they were traditional, manually intensive and difficult to scale.

Also, as SME lending and underwriting required substantial analytical knowledge and experience, underwriting performance was not consistent across the underwriter team.

Manual underwriting and quality control processes were supported by a set of loosely integrated systems. These, in turn, used manual information capture and semi-manual work flows.

Lack of underwriting automation caused an increase in time to process loans as the SME lender business tried to scale.

The effect of growing volumes, without systematic underwriting automation, started to impact and reduce decision quality and consistency.

The client had rapidly expanded the underwriting team to try and cope. However, this led to deteriorating portfolio results. It became clear that the underwriting process was a bottleneck and needed to be automated.

To solve the above problems the client needed to,

The solution chosen was Zoral DE / Zoral ML robo-underwriting platform. This was used to implement intelligent underwriting automation. In turn, this also helped to accelerate moving off-line products to digital.

Zoral Decision Engine was configured to integrate with: 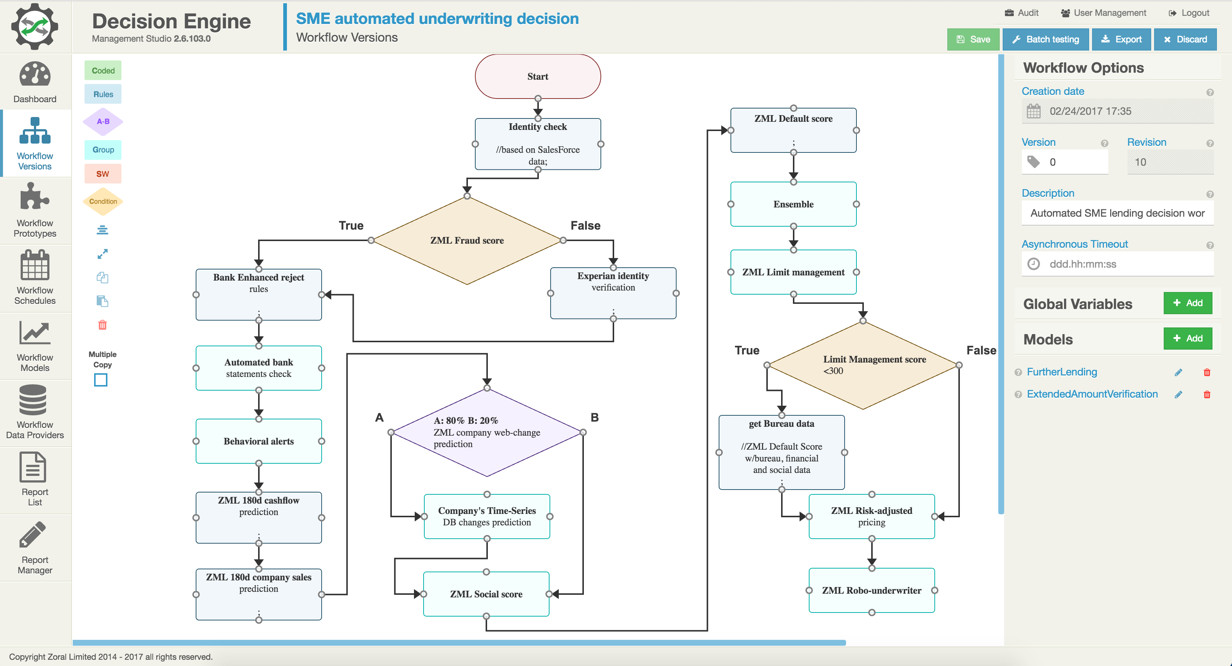 A range of Zoral ML standard models were used.

The use of Social Data, Zoral ML Social Score, and Zoral DE intelligent workflows as part of the SME Finance company system architecture is shown below. 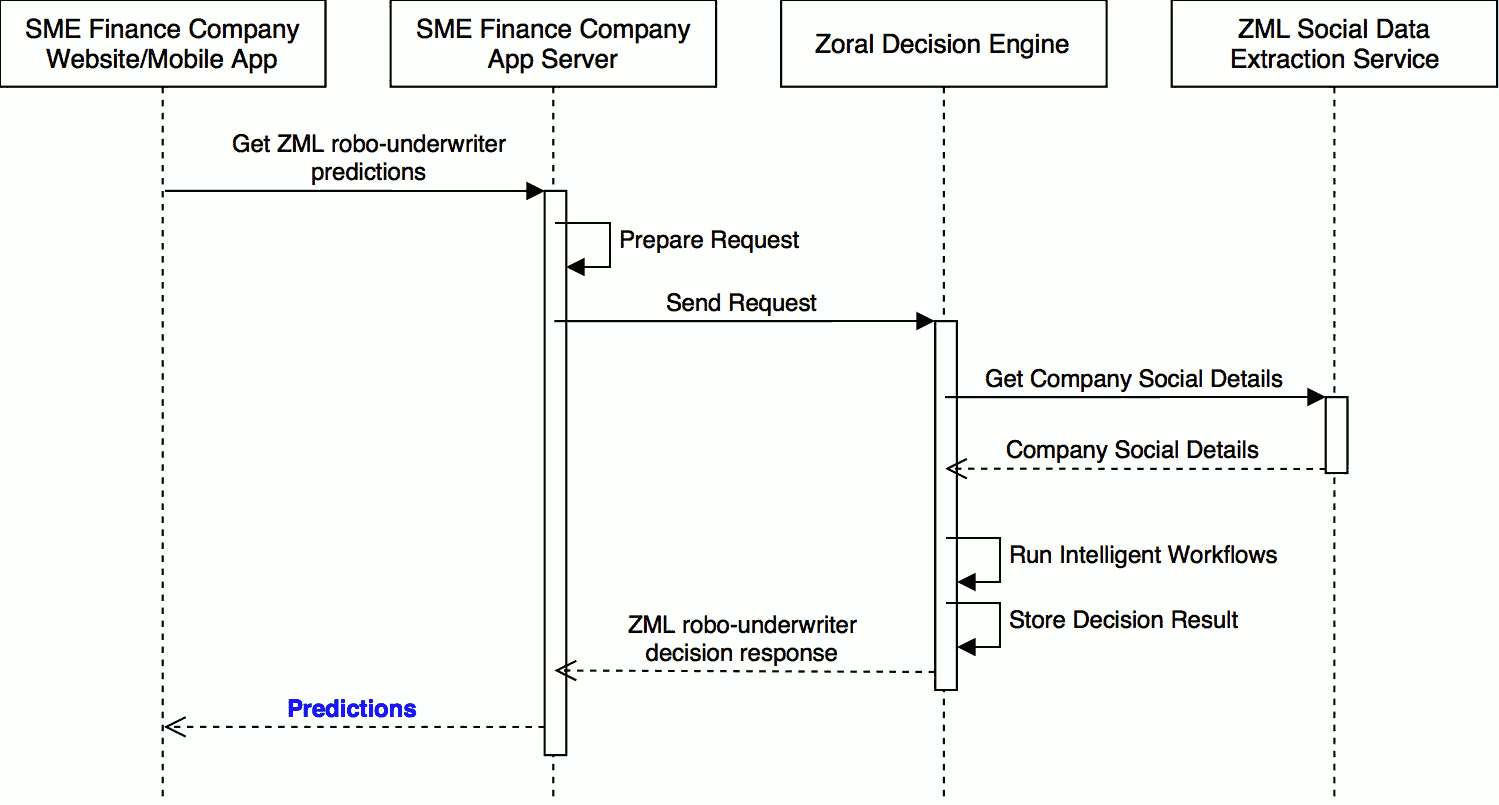 Note: each segment represents 10% of the SME lending portfolio population.

Initially, only raw, existing data was used to benchmark the internal underwriting score against Zoral ML default score. Additional data sources were added subsequently. This resulted in immediate improvements in overall accuracy, as can be seen below.

This improved write-off prediction as shown in the graph below.

Note: A representative sample of the clients SME loan underwriting department performance over latest one year period is shown. The blue line shows the average default rate of approved SME loans by each underwriter in the sample. Underwriters operated using the same underwriting policies, and approval procedures, however, the average default rates and corresponding write-off rates (shown in red) varied widely.

As can be seen on the graph above, the performance/metrics of the best underwriters was good, but overall performance was not consistent across the team, as shown below.

There were other variations in SME loan write-off performance by underwriter. These were caused by the underwriters using their internally calculated score as a starting point and then adding their own expert judgment across the five C’s of credit, (character, capacity, capital, collateral, and conditions). Using this process, they arrived at an adjusted classification of SME loan risk.

A comparison was run, using Zoral DE and Zoral ML, of underwriter collective classification of SME lending risk. This was compared to an automated Zoral DE / Zoral ML default score based classification of the same risks for a period of a year. This revealed further performance deterioration as shown below.

Despite variations in underwriter performance shown, the overall portfolio write-off and profitability performance was acceptable for a “steady state” business. However, this did not support the growth being experienced and anticipated. Put simply, the client’s underwriting processes and systems could not scale rapidly or safely. A larger proportion of underwriting decisions needed to be automated and better use made of a wider range of predictive customer and 3rd party data.

The client was able to transition from traditional to artificial intelligence and machine learning underwriting for the majority of its portfolio.

The results achieved are summarized below: